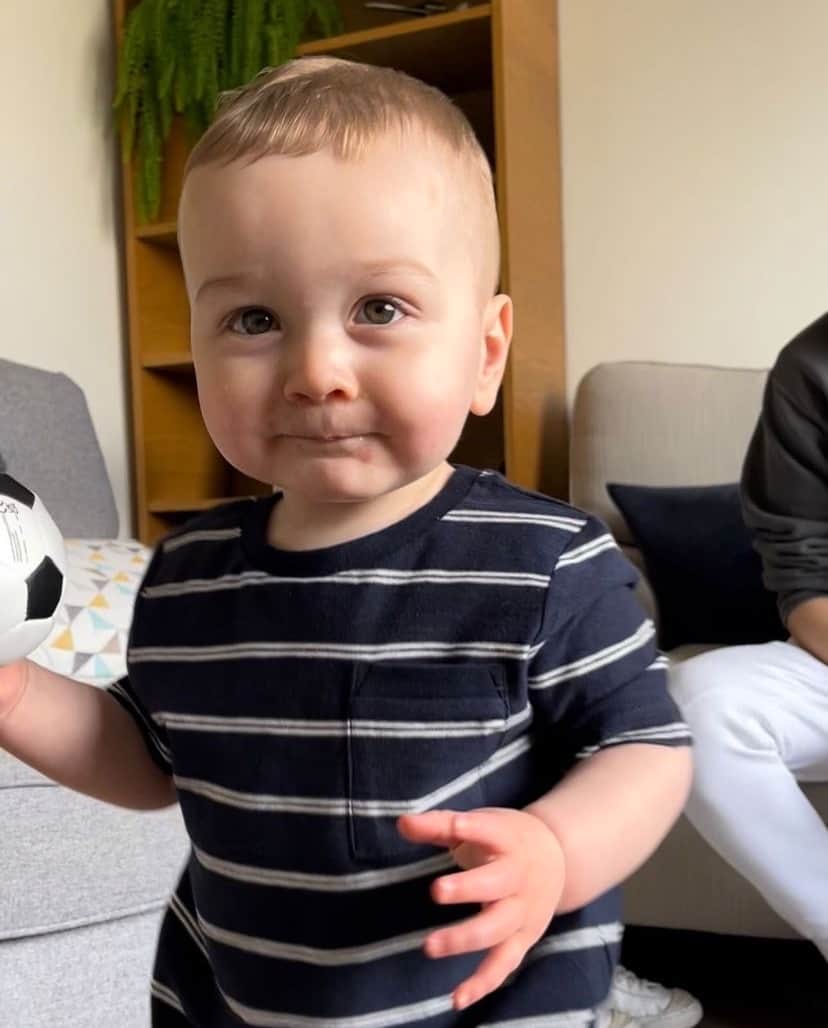 When Ellie met her baby boy for the first time, little did she know Albie would be facing major heart surgery five months later.

Albie was diagnosed with a rare heart condition. We asked Ellie to tell us about their time at Bristol Children’s Hospital.

“Normally, you find out when your child is diagnosed with a heart condition when you’re pregnant. I didn’t. Only when my son Albie was two months old, I knew for sure.

“Albie was born two weeks early. He was a very quiet baby. The staff ran a few tests, but they didn’t pick anything up. Reece and I took him home, ready to enjoy time with our newborn.

“A week later, Albie’s umbilical cord looked slightly infected, and he had a temperature. I rang 111. It was the day before Christmas Eve. Before I knew it, we were at Bristol Children’s Hospital.

“While they inspected Albie’s belly button, a doctor said his heart didn’t sound quite right. It could have just been a heart murmur, but they needed to keep in him just to be sure. And when they did, all seemed fine.

“We were told Albie needed a follow-up appointment. I didn’t think anything of it. We went back again and again when finally, a doctor told us they suspected Albie had a narrowing in the main valve that goes to his lungs. He also had a hole between the two upper chambers of his heart.

“‘We’ll keep an eye on him’, they said. Eventually, Albie was diagnosed with a rare condition that caused a combination of four defects in his heart.

“I didn’t take the news very well at all. A sonographer asked, ‘are you okay?’ I said I would be fine – if Albie had to have surgery, I’d deal with it then. The sonographer gently told me it wasn’t a case of if, but when.

“I was in a state of shock. They arranged for the cardiac team to call me the next day after the appointment because, at that point, I didn’t think I understood what was going on.

“Everyone I spoke to was amazing, and they really took the time to explain, but I couldn’t help but think the worst. What is going to happen to my child?

“For the next month, I struggled. I didn’t want to take Albie anywhere – I was terrified something might happen, or he might start crying. Crying can tire children with heart conditions.

“Albie’s heart surgery was planned to be at nine months. But when he was nearly five months old, I was feeding him in his bouncer. He was crying because he was hungry. I had my eyes off him for just a minute but rushed over when I noticed his cry had changed. Albie was slumped over his bouncer and blue in the face.

“He was basically passed out. It can be pretty common in babies, especially when they have a heart condition. But Albie had never had one before and despite being told what to do, it all went out the window. So, I panicked, obviously.

“By the time I reached my neighbour’s house, Albie had regained consciousness. Then we had an ambulance and everything. We stayed at Bristol Children’s Hospital, and Albie seemed fine. A week later, I got a phone call to say Albie’s heart surgery had been pushed forward.

“Albie began to show more and more signs of struggle. He was still gaining weight, but his breathing was hard. Even though I knew he needed surgery, it didn’t make it any easier.

“Seeing Albie go into the operating theatre was the most surreal day. We’d spent the night before with him and watched as the surgeons anaesthetised him, but afterwards I felt like we were in a state of shock. Reece and I walked around Bristol city centre, trying to keep ourselves busy, hoping we’d see our son in no time. And it worked. It felt like Albie had been gone for five minutes.

“My biggest fear had always been seeing Albie after his surgery – with all the wires. I wanted to know what everything did because I needed to prepare for how he would look. I was so frightened. But when I walked through intensive care, I didn’t see any of that. I never looked at him once and thought, ‘my poor boy’.

I was just so relieved that he was okay.

“All the fears I thought I would have vanished because everyone was so reassuring at the hospital. My Family Support Practitioner was a big part of that preparation too. I’d been in contact with her since Albie was due for surgery. She rang me before Albie went into the theatre and visited us during his stay – it was nice to be able to put a face to the name.

“She was always there if I needed more information about what was happening. It was really important to have somebody to help me speed the process along a little because I had no knowledge about anything. So, finding support groups thanks to them was incredible and helpful.

“And then I got a couple of calls weeks and months later just to check-in. The service helped me out of my bad place.

“Albie wasn’t even in intensive care for 24 hours. He made incredible progress – a day later, he was in high dependency and then he was back on the ward. He was even playing around with his wires, watching TV. It was so surreal.

“We spent six days in total at Bristol Children’s Hospital. We stayed in Grand Appeal House the entire time. Living in Yate means we are only 30 minutes away, but it was easier being just around the corner. Reece and I actually had somewhere of our own. We had a bed. A shower. All these things you wouldn’t even think of make such a difference. It meant we could take ourselves away from the ward and process everything.

“Bringing Albie home was incredible. By that point, I could tell Albie was getting a little frustrated. He was still a bit tender, but he wanted to play. He wanted to walk around, but he was in this confined space.

“But by seven o’clock that evening, we were home. It was way past Albie’s bedtime, so I put him to bed. I even took a video of him because he was so happy to be home. He was chatting away, laughing.

“Once I put him to sleep, it all hit me. I sat on my own bed and thought, ‘what on earth has just happened? What have we just been through?’ The emotion hit me like a brick wall.

“Albie is doing amazing now. Yeh, he might struggle more than other children – if he’s under the weather or running, but he’s absolutely fine. We will have regular check-ups with the children’s hospital and, of course, he’ll need further heart surgery, but I’m so proud of him.

“I take my hat off to everyone who works at Bristol Children’s Hospital. Not only for what they’ve done for Albie, but for myself and all the other families we met. Everyone there is so friendly and knowledgeable. I couldn’t have done it without them.”

Yes, I want to donate