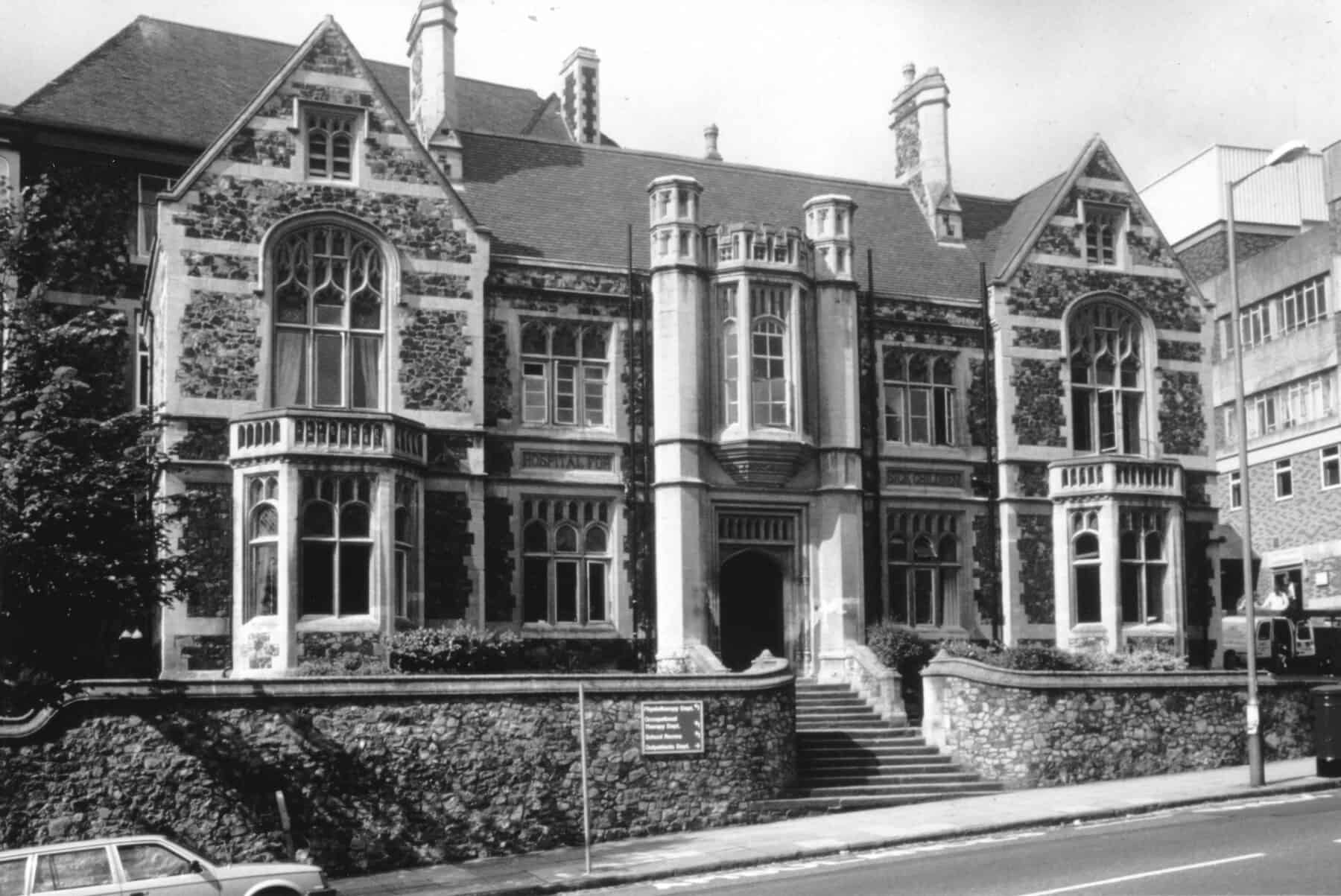 We’ve worked in partnership with Bristol Children’s Hospital since 1995, helping sick children and their families every step of the way.

Find out about the royal support we have received

The Grand Appeal is here! Founded in 1995, we aimed to fundraise for a new building for Bristol Children’s Hospital to replace the Victorian building on St Michael’s Hill. Animation legends Nick Park, Peter Lord, and David Sproxton of Aardman Animations allowed us to use their iconic characters Wallace & Gromit to spearhead our fundraising.

In 1996, generous donations from private donors, philanthropic organisations, grant-making trusts and companies help us to gain momentum. A location for the new children’s hospital is found on Upper Maudlin Street, next to the Bristol Royal Infirmary, and the Bristol Children’s Hospital as we know it today is born. With a surge of support for our cause, building work on the new hospital begins.

In 1997, we launched the first-ever ‘Wrong Trousers Day’, inspired by Aardman’s classic Oscar-winning film. The campaign takes the South West by storm, with hordes of people from Bristol and beyond wanting to get involved, including the creator of Wallace & Gromit himself, Nick Park, and Aardman co-founders Peter Lord and David Sproxton.

In 1998, we are in full swing with millions of people supporting Bristol Children’s Hospital through a whole host of cracking fundraising activities and events. Our now annual fundraiser makes an epic comeback with ‘Wrong Trousers Day 2: ‘What a Turn Up!” A whole host of celebrities don their wackiest leg-wear and join us in raising money for the children’s hospital. Wallace & Gromit creator Nick Park and wildlife presenter Michaela Strachan make a colourful appearance at Bristol Children’s Hospital for the day.

The Prince of Wales makes a cracking visit to Bristol to view the plans for the new children’s hospital and endorses the charity by inviting donors, guests and staff to visit Highgrove, the private residence of Their Royal Highnesses The Prince of Wales and The Duchess of Cornwall, for a special reception, including a tour of the gardens.

In 2000, with the anticipation of the hospital’s opening, we funded 150 pull-down beds next to each in-patient bed, ensuring that parents will be able to stay with their child during treatment. The new Bristol Children’s Hospital nears completion as we celebrate reaching our £11 million fundraising target – cracking stuff!

The new purpose-built building for Bristol Children’s Hospital opens in April 2001 with around 100 patients transferred from the old Victorian hospital building to the new state-of-the-art facility. The iconic ‘Lollipop’ sculpture which stands proudly outside the children’s hospital, which we funded, is erected. Our fundraising total reaches an astonishing £12 million! The Prince of Wales returns to Bristol and performs the opening ceremony for the new hospital and meets current patients.

2002 – Bristol Children’s Hospital gets the Royal seal of approval!

We cement ourselves as the Bristol Children’s Hospital charity after funding dedicated family accommodation at Ronald McDonald House, providing free accommodation for families of patients in Bristol Children’s Hospital. The Princess Royal visits the hospital to open a dedicated paediatric MRI scanner funded by us; the first of its kind in the South West.

In 2003, we established Wallace & Gromit’s Children’s Charity to support sick children in hospitals and hospices throughout the UK. The charity starts providing grants to innovative projects designed to give young patients a better and brighter future. The charity is launched with the first-ever national Wrong Trousers Day featuring celebrities such as Gary Lineker, Ainsley Harriott and Michael Palin.

We fund a ground-breaking limb reconstruction unit at Bristol Children’s Hospital to pioneer treatments for children from Bristol, the South West and South Wales with severe mobility issues and complex deformities.

John, former paratrooper and skydiver extraordinaire celebrates nearly 10 years of volunteering and fundraising for the children’s hospital in 2006, after encouraging over 1,000 brave people to take the plunge with him. What a star!

Brothers Lee and Paul host what is to become their annual Christmas lights spectacular at their home in Brentry to raise money for Bristol Children’s Hospital. Lee and Paul create an incredible display that attracts visitors from all over the country. Meanwhile, fundraising heroes Dave and Gary begin tours of the University of Bristol’s Wills Tower and Great George Bell. Proceeds from the tours are donated to Bristol Children’s Hospital.

Paula and her family set up a Star Tribute Fund to raise money in memory of her son Jack who lost his battle to cancer in 2008, aged nine. Paula begins what will be an extraordinary journey that will raise an incredible amount of money for Bristol Children’s Hospital to support the Oncology and Bone Marrow Transplant Unit.

2008 sees John Lewis Partnership and their stores raise money throughout the country. John Lewis partners nationwide take the cause to heart and raise an enormous £250,000 in their most successful staff Charity of the Year partnership!

2010 – Cots for Tots is at home with special care babies

Bristol Children’s Hospital celebrates its tenth birthday. While we led the merriment by providing commemorative souvenirs for patients. Matt Cardle, X Factor winner visits the hospital to celebrate with patients. We also fund the refurbishment of the children’s Emergency Department which included a full-scale replica of the rocket from Wallace & Gromit’s iconic ‘A Grand Day Out.’

The Cots for Tots Appeal is complete in 2012, having raised a whopping £1 million. Her Royal Highness Sophie, Countess of Wessex GCVO, visits Bristol to open the new Cots for Tots Intensive Care Unit at St Michael’s Hospital, and Cots for Tots House, a 12-bedroom home-from-home, providing free family accommodation for the parents of critically ill babies.

We launched Gromit Unleashed in 2013 – their first charity arts trail featuring 80 giant sculptures of Gromit decorated by artists, celebrities and designers. Wallace & Gromit creator Nick Park launches the trail accompanied by thousands of members of the public. The trail is a phenomenal success, raising an extraordinary £2.3 million at auction for Bristol Children’s Hospital and gaining legions of fans.

Ensuring Bristol Children’s Hospital remains at the forefront of paediatric care, in 2014, we fund part of the hospital’s expansion, including a new cardiac hybrid theatre, 3T MRI scanner and intra-operative scanning suite, burns and neurosciences facilities, and child-friendly artwork throughout the hospital. ‘Stats the Way to do it. Lad!’ Gromit takes up residence in the hospital to celebrate!

We launch the much-anticipated follow-up to Gromit Unleashed, ‘Shaun in the City’, with 120 sculptures of Shaun the Sheep appearing throughout London and Bristol and a little help from Wallace & Gromit creator Nick Park. Cots for Tots House also celebrates its third anniversary.

We celebrate raising £40 million in our 21st anniversary year – 2016. We join with Bristol Children’s Hospital to commemorate the 150th anniversary of the hospital. From humble beginnings in 1866, the children’s hospital in Bristol is now a national and international centre of excellence.

In 2017, we celebrate fundraising achievements from individuals, schools, community groups, and companies including a fabulous donation from Osborne Clarke in Bristol.

2019 – The birth of our 3D Cardiac Bio-printing service

With the help of our generous supporters, 2019 sees the launch of The Grand Appeal 3D Cardiac Bio-printer. This state-of-the-art equipment allows Bristol Children’s Hospital to print exact replicas of patients’ hearts, improving care and understanding of congenital heart disease.

The country is gripped by coronavirus in 2020 and we face one of our biggest challenges as a charity. Our fundraising family rallies together (virtually) to continue raising money for Bristol Children’s Hospital while our NHS heroes work tirelessly to help heal the nation.