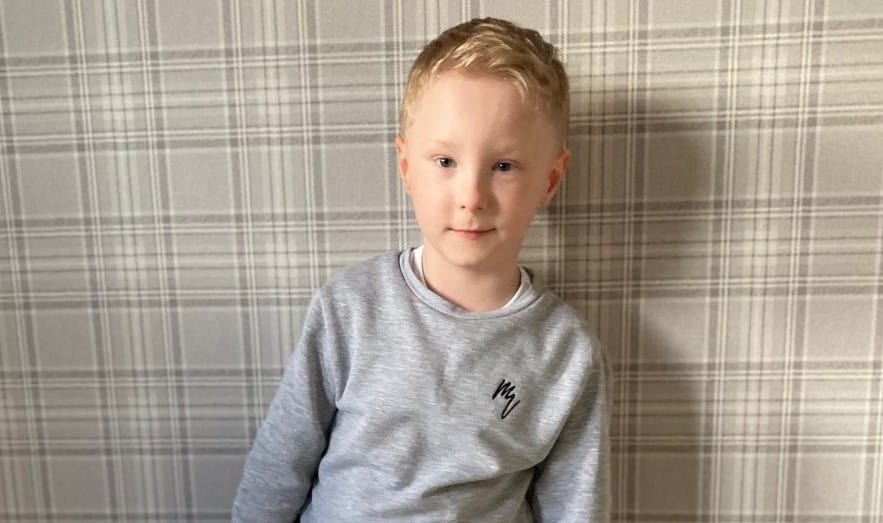 Louise’s hopes for a smooth pregnancy were shattered when, at 28 weeks, staff at St Michael’s Hospital had to deliver her baby boy Louie.

Louise told us about the life-saving care he received at the Neonatal Intensive Care Unit and why the unit is a place close to her heart.

“Everything was going okay until I went for my 20-week scan. Louie, our first child, was measuring small for his gestation.

And then I had a bleed.

We rushed to St Michael’s Hospital, where the fetal medicine team assured us that Louie was fine. He was just a bit small!

More scans came, along with the news that Louie could have dwarfism or Down’s syndrome. We paid for a test to see if this was the case. We didn’t care either way, we just wanted to know. Louie was still ours, regardless of any medical conditions he may have had. It came back negative.

Around 26 weeks, Louie was becoming weaker. Scans went from weekly to three times a week, and we were told we should visit the Neonatal Intensive Care Unit (NICU) at St Michael’s Hospital.

What a scary place that was. I’d never seen a baby in an incubator before. I broke down in the corridor. Was this going to happen to my baby?

At 28 weeks, I was meant to be enjoying Beyoncé in concert. As the nurse delivered my steroid injection, she said I had no chance of going. The next day, I was told Louie needed to be delivered by caesarean.

Scared, shocked, excited, and upset. I had so many emotions racing through my mind.

Louie was born at St Michael’s Hospital in July 2016. Within seconds, he was taken to the Neonatal Intensive Care Unit. I didn’t see him until he was a few hours old.

Being born so early, Louie came with most of the conditions premature babies do. Louie was treated for meningitis, jaundice, metabolic bone disorder, a hernia, the list went on… His lungs collapsed several times, so he was put on a ventilator. The NICU team also discovered that Louie had a hole in his heart.

As they wheeled him past, all I could see was a massive hat. No baby. But Louie was there. All 1lb 7oz of him, he was just too small for me to see.

It was terrible seeing Louie go through so much, knowing I couldn’t do anything to help.

My heart ached daily. Some days I was on top of the world. Others, I wanted the ground to swallow me up.

While Louie had so many ups and downs, one thing remained constant: the care and support from NICU staff. From the consultants to the nurses and Sharon the cleaner, everyone was absolutely amazing. I need lots of help – being a first-time mum is hard, let alone a NICU mum. Staff taught me how to bathe Louie, breastfeed, and even make the best nest for him. They always seemed to know when I needed a chat too.

116 days in, and we were told Louie was strong enough to go home. I was scared. I had waited for this day to come for so long, but now it didn’t feel right. What if something happened when we were at home?

My nerves were soon overshadowed by pure excitement. Our boy was coming home!

I didn’t sleep a wink at first. I kept checking his breathing. Louie still needed to have oxygen, and I wanted to make sure he was okay. As the days went by, it got easier. I knew the NICU team was only ever a call away if I needed them.

Louie is now a bright, cheeky and noisy five-year-old. He is still under the care of Bristol Children’s Hospital for his heart condition, but he doesn’t let anything stop him.

I owe everything to the Neonatal Intensive Care Unit. It’s an extraordinary place.

Luckily, most parents will never have to know it exists. But for me, NICU has changed everything. Now, the little things don’t bother me like they used to. Seeing a tiny baby fight for his life makes you realise what’s important in life.”

Please donate today, so we can continue to support more families like Louise’s.