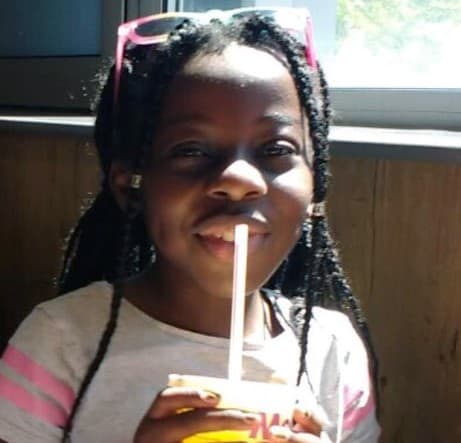 Sickle cell disease is an inherited blood disorder that can cause debilitating episodes of pain and put people at increased risk of infection, among other symptoms.

When 12-year-old Joanne was diagnosed with sickle cell disease it was a shock, but since her diagnosis, Joanne and her mum Idara have made it their mission to educate both themselves and the people around them about the condition.

We spoke to Idara about how Ocean Unit at Bristol Children’s Hospital has been a lifeline for both Joanne and her.

“When I was pregnant with Joanne, I had the usual tests done and they picked up that I was a sickle cell carrier. After finding out Joanne’s dad was also a carrier, I submerged myself into researching sickle cell disease and what it could mean for my baby.

I’d always known of sickle cell disease because my heritage is African Nigerian by birth, and the condition is particularly common in black people, but I hadn’t grown up around many people who suffered from it.

During my pregnancy, they offered me an amniocentesis test which can check if your child has a genetic or chromosomal condition. I declined. It was a no-brainer for me; whatever the outcome, I was going to have this baby. Plus, there was still a 75% chance Joanne would be born perfectly healthy.

At five days old Joanne had a heel prick test which confirmed she had sickle cell disease. From that day on, we went into survival mode.

It hasn’t been easy. Particularly during the first few years of Joanne’s life where she was in and out of hospital constantly.

Joanne is in chronic pain daily. Sometimes, even with the strongest pain medications – like morphine or tramadol – she’s still in real pain. And because sickle cell disease affects your red blood cells, the pain can occur anywhere in the body – her lungs, her chest, her heart, her brain…

There’s no telling when it could start. Joanne could be really healthy and go without trouble for days and then boom, she’s down. And at that moment I know we need to get her to hospital as soon as we can.

The next 30 minutes could be the only time you have to either save her or lose her.

And every time we end up at the children’s Emergency Department, we know we’re not leaving soon.

I wish I could wrap her up in cotton wool and keep her safe from the world.

Despite the ups and downs, there has been one thing that has remained constant throughout Joanne’s life: the care and support we receive from everyone at Bristol Children’s Hospital.

The thing I absolutely love about Ocean Unit – the Oncology and Haematology Ward – is that we have had the same doctors and nurses the entire time. I don’t need to explain what Joanne is going through because they instantly get it.

They’ve supported me too. I’ve been able to speak to them freely about a lot of things – not just Joanne’s health, but me personally as a mother going through this journey alone. Michelle Cummins and her team, especially Anna and Carolyn, who are Joanne’s nurses, have blown me away each time we meet. Hayley, the Family Support Practitioner, has just started too and is already proving to be a massive help.

When Joanne became more and more passionate about wanting to spread awareness around sickle cell disease, the Ocean Unit team was instantly behind her.

Joanne recognised a lot of information around the unit that was dedicated to other conditions like Haemophilia or Leukaemia, but not so much about sickle cell disease. We spoke to Anna, Joanne’s nurse and then Jo, Ocean’s wonderful Play Therapist, and the idea snowballed from there.

We’re now in talks with The Grand Appeal about how we can improve the representation of sickle cell patients and their families around the hospital.

Meanwhile, Joanne has also delivered a presentation to her school explaining sickle cell disease. She was receiving a lot of comments from her classmates about what they perceived to be privileges Joanne was enjoying – being able to go to the toilet when she needed it or being allowed to sit out of sports. What these kids didn’t realise is that Joanne’s disability is internal. Physically she may look fine, but inside she is struggling.

Joanne took matters into her own hands and educated her peers to give them a better understanding of how sickle cell disease affects her day-to-day life. And so far, it seems to have worked!

I am massively proud of her. When Joanne started advocating for sickle cell awareness, I championed her. It’s never been my idea. It’s all her. I don’t know how far it’s going to take her, but as long as she’s happy, I’ll be cheering her on.

You see, I’m a firm believer that if you’re passionate about something, you need to tell people about it. Especially with sickle cell disease. There’s long been a stigma around it, but Joanne and I want people to know there’s nothing to be ashamed of.”