How to prepare for an Ironman Triathlon 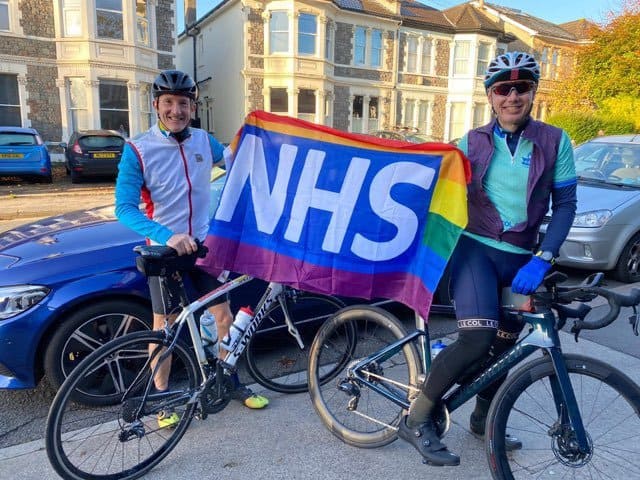 Our new virtual event, the Grand Series, has launched, and that means you can expect plenty of training tips from sporting professionals and Grand Appeal supporters alike. All to inspire you to choose a challenge and make your meters matter for sick children.

Meet Mark. Mark’s a three-time Ironman finisher and consultant at Bristol Children’s Hospital. Ever wondered how you prepare for an Ironman? Well, you’re about to find out…

What is an Ironman Triathlon?

They are widely considered one of the most difficult one-day sporting events in the world and generally have a time limit of 16 to 17 hours.

How long did it take for you to prepare for your first Ironman?

It took me about eight months of specific training to get ready for the IRONMAN Wales in September 2018.

How did you prepare for your first?

I was realistic about the amount of time I could commit, given that I had a full-time job as a Consultant Surgeon and was averaging about 50 hours a week at work. I don’t have small children, which was very helpful!

I chose a bare minimum 2/2/2 training programme – two swims, two bikes, and two runs each week, and that means committing to training 10-15 hours per week on average.

The swims were 2km twice a week initially, and then 2km and 3km as the event got closer. I had one front crawl swim technique lesson, and I didn’t do any intervals ever. I bought a swim wetsuit and did three open-water 3km swims before the event.

The rides were a 45min – one-hour turbo trainer session during the week, and a longer ride on a Saturday, with the distance, gradually increasing from 60km up to 160km. I joined a cycling club in January 2018, which made a real difference in bike training.

The runs were a reasonably fast 10-12km during the week, and a longer, slower run on a Sunday, with the distances gradually increasing from around 15km up to 32km as the event got closer.

I did a couple of ‘brick’ sessions, a ride, then a run, but I had no problem running after the bike, so I stopped bothering with them! I couldn’t ride during an on-call weekend, which I factored into the training programme as an enforced relatively restful weekend.

Did you do a half Ironman first?

What are your top tips for making the step up to Ironman?

I think you’ve really got to want to do it because it’s a pretty big time commitment!

My tips would be:

Could you take on an Ironman triathlon? Do it Grand Appeal style and sign up to the Grand Series.

Training for an Ironman?

Sign up to the Grand Series and take on all three events.