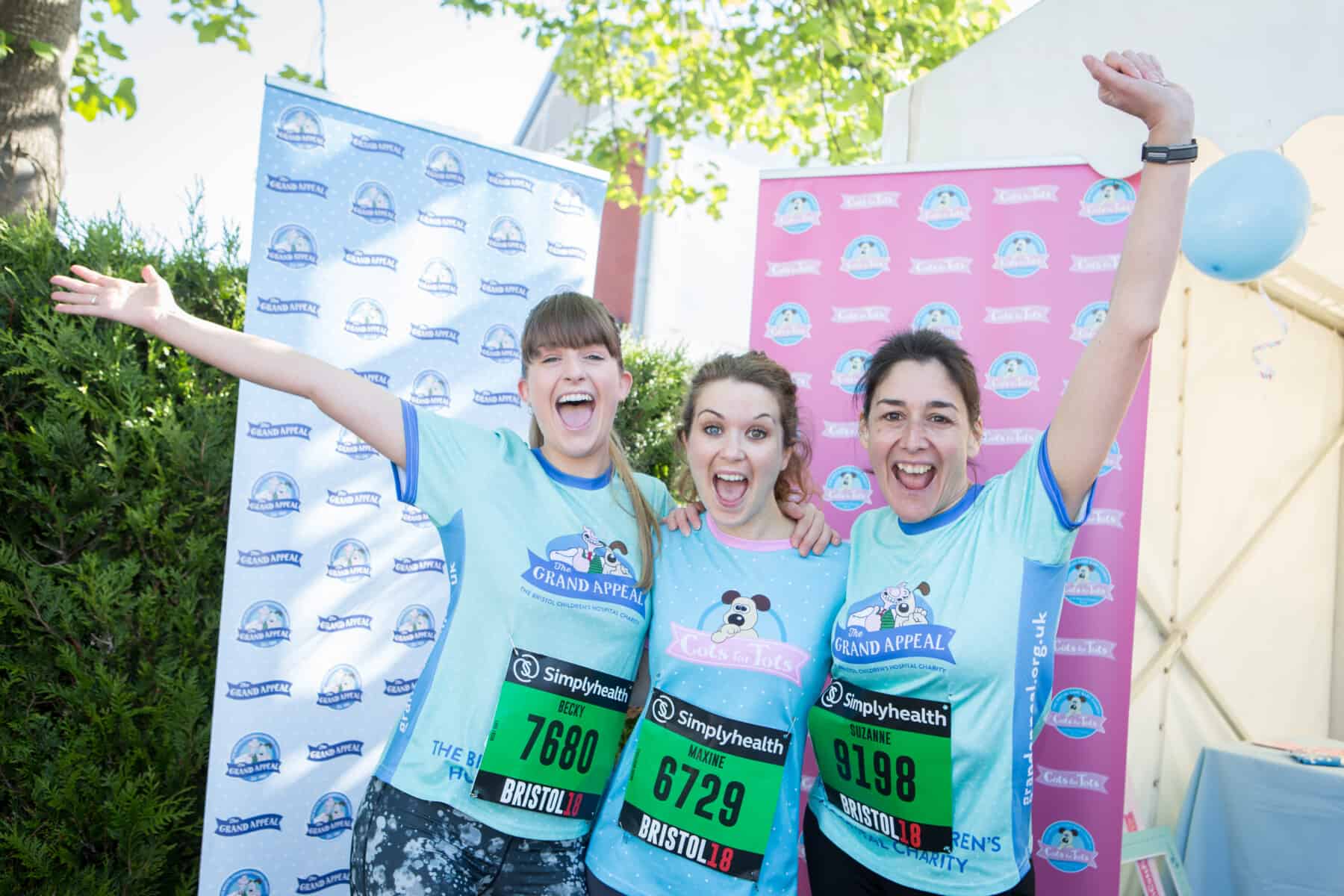 Have a read of Chloe’s training plan for the Bristol 10k.

Hi, I’m Chloe and I’ll begin by saying I’m not a runner. This year, I’ve decided to challenge myself by running the Simplyhealth Great Bristol 10k and the Bristol Half. I’ve only ever done the Bristol 10k and that was several years ago – so I’ve recently begun looking back on my training plan to get myself ready to brave the wintery mornings and get training again.

I tried following many couch to 5k apps and I even printed out a training programme. I felt really overwhelmed. How was I meant to alternative 90 seconds of walking, 30 seconds of running for 30 minutes? It felt more like a math’s challenge than training for a 10k for charity.

After two weeks I deleted all the apps and decided to just run along with my music and appreciate my surroundings rather than running and staring at my phone, waiting for the next command to tell me when to speed up again. I alternated walking and running, and whenever I couldn’t run anymore, I began walking. Soon enough, I was able to run for 30 minutes straight.

I found it much easier running for time rather than distance. I didn’t feel pressured or stressed and actually began to enjoy running, so I thought I’d share my 10k training plan for those of you who might find a lot of these rigid plans overwhelming, like me.

I aimed to run around three times per week, if I had a quiet week I would add in a cross-training session or even interval sprints. During busier weeks, I was only able to run twice but that was okay – the important thing is never to feel guilty when life gets in the way.

I began with a mixture of walking and running for around 20 minutes, with three walks/runs in the first week. On day one I was able to run for four minutes then I began walking, then running another four, for around 20 minutes. Week one was about getting myself moving and getting used to running again.

Don’t push yourself too much too quickly, as it will result in injury. Alternate walking and running and increase the time spent being active each week.

I was able to run six minutes, then walk for a few minutes, doing these three times to reach around 20 minutes. I was able to increase the time spent running, spending less time walking as I did in week one. My longer runs were always on the weekend.

I carried on with a mixture of running and walking, running the entire 20 minutes on the second run of the week.

If you still can’t run the entire time, don’t worry. It’s about endurance rather than rushing to run 10k quickly. The fewer injuries are the better!

The halfway mark is here! I ran around 30 minutes for both of the runs in the week, but my Sunday run was 20 minutes, with a little walk and another 20 minutes running.

I found it hard to motivate myself in week six. It was over halfway to the 10k and the weather was miserable. How did you motivate yourself?

I pushed myself harder this week, I ran for 40 minutes early in the week, then I did a mixture of walking and running for 30 minutes on another day and running nearly the entire 50 minutes on Sunday without stopping.

This was my longest run, 60 minutes! I was able to run most of this, with the odd break to catch my breath, remove the bug that flew in my eye and walk off a stitch.

I began to ‘taper’ two weeks before my race. This means slowing down on the distance to ensure my legs will carry me the entire 10k next week. However, it’s good to still get some runs and exercise in.

It was the week of my 10k! I started the week by running for 30 minutes. Rather than running midweek, I decided to go to the gym and spend 20 minutes cycling followed by 15 minutes swimming in the pool.

I also did lots of stretches to ensure I was injury-free and relaxed for the race. I ran the 10k in 1:06 hours.

Tips for Training for a 10k

Sometimes it’s hard to find the time to go for a run. Personally, I find it hard to get my training in during the week as I need to be up early for work and then I’m too tired to go when I get home. I tried to get two runs done over the weekend (anytime Fri-Sun), then I only had to get the one run completed during the week.

Even if I didn’t feel like going for a run, I’d put on my running gear and put on a good playlist, and go for a power walk. Occasionally I then got into the swing of things and started a mixture of running and walking, other times I just went for a long walk.

I never liked to measure my distance as I would get disappointed or upset if I was 0.3 away from the next mile or km. I began to run for time instead. I knew running six miles or a 10k can take around an hour to run. I tried to work up to running for an hour, knowing this is what my 10k race would roughly be.

It’s good to get a mixture of tempo runs, interval runs, and cross-training into the plan, along with your weekly runs. Although the adrenaline on the day is sure to keep you going.

Tempo runs: run at a faster pace than usual, increasing your fitness and pace

Interval runs: mix up sprinting and walking to increase your speed and power

Cross-train: this can include swimming, cycling, or using a cross-trainer to increase your fitness and endurance whilst taking some of the strain off of the muscles in your legs.

Leave your running kit out the night before your event, remember to also pin your bib to your top. Don’t do anything you wouldn’t normally do the day or night before your event. Don’t purchase brand new trainers for the day, this could result in many blisters before you have even reached 2k. Don’t decide the morning of your event is the time to eat something completely different for breakfast either.

The main thing is to enjoy your training and the event. Think of the reasons why you are running, are you raising money for charity or in memory of a loved one? Maybe invite a friend or a family member to train with you every so often. Listen to an upbeat playlist or create a new playlist you only listen to whilst running.

This year I’ll be doing both the Bristol 10k and the Bristol Half Marathon. Come join me or take a look at our other events.