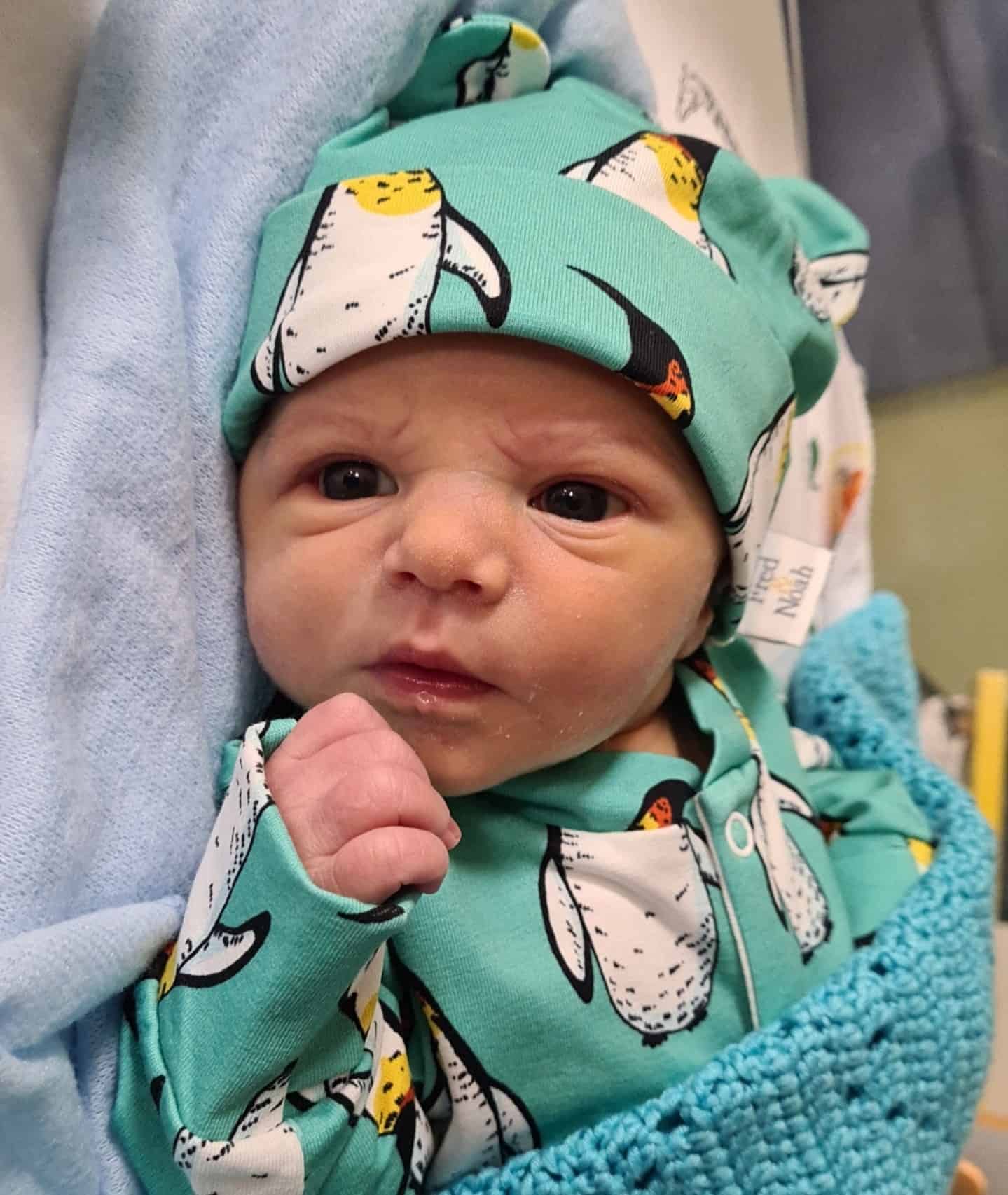 Christmas. It’s a time for making memories and being together with family. Unfortunately, not everyone gets to spend the holiday season in the comfort of their own home.

Last year, Jodie found herself far from home, wondering whether her baby boy would make it through his first Christmas.

“At my 20-week scan, hospital staff told me my son would be born with a heart condition. My stomach dropped. In simple terms, Louis had half a heart.

My husband Gavin and I were warned that our little boy would be very sick. We were referred to Bristol, where Louis could get the specialist care he needed.

On 25 November 2020, Louis was born at St Michael’s Hospital. With the help of the fantastic staff, his birth was calm. Thankfully, Louis was in better condition than predicted.

The early days went better than we expected: Louis could wear clothes and eventually drink a little milk.

Five days in, Louis was taken for an echocardiogram scan to look at his heart. A cardiologist asked, ‘have you not considered taking him to a hospice for comfort care?’

Our conversation ended in meetings inside the dreaded quiet room. Staff explained Louis’ condition was a lot more complicated than first thought. We needed to consider his quality of life and the impact on our lives.

This was soul-destroying to hear.

I couldn’t understand how my perfect boy was being told he might not survive.

They requested a second opinion on Louis’ case. The surgery was looking unlikely.

Louis’ care was turned to palliative as a precaution. Still, Gavin and I were adamant that we wanted to give Louis every chance. How could anybody be so sure that he couldn’t make it? The truth is, nobody could.

We were given a separate cubicle and began to make what we thought was our last memories as a family. Prints were taken of Louis’ feet and hands and we took plenty of photos.

I could never describe the darkness in my heart, but I refused to believe it was over.

Staying at Paul’s House meant we never missed a moment. Our room was literally a stone’s throw away from the hospital.

As the countdown to Christmas began, it felt surreal to be so far from our home in Cornwall. It’s family and friends you lean on during times like this, but they were three hours away.

Handing Louis over to the surgeon was the scariest thing, but our baby boy was back with us a few hours later. Seeing Louis fight to survive wasn’t easy, but his strength and bravery had kept us going.

We had to accept our Christmas would be different this year. Gavin and I had to think about Louis’ sisters while constantly going back and forward from the hospital.

With the staff’s help, we made the most of it –they dressed up and delivered gifts for all three children to Louis’ bed in the early hours of Christmas. They even allowed Louis to spend 10 minutes outside of hospital so he could see his sisters.

But best of all, we celebrated Louis being exactly one month old. The nurses helped me lay a mat on the floor so we could take his milestone pictures.

It felt as special as can be despite the circumstances.

This year, we will spend our Christmas at home with Louis. His future is still uncertain. Louis’ condition is incurable and he is still under palliative measures, but we are enjoying every second of seeing him grow.

I cannot sum up just how amazing Bristol Children’s Hospital is. Every day, at least two children will find themselves in need of critical care from the PICU team like Louis did.

Whatever you can donate today will help children in hospital get the care they deserve and families the support they need.”