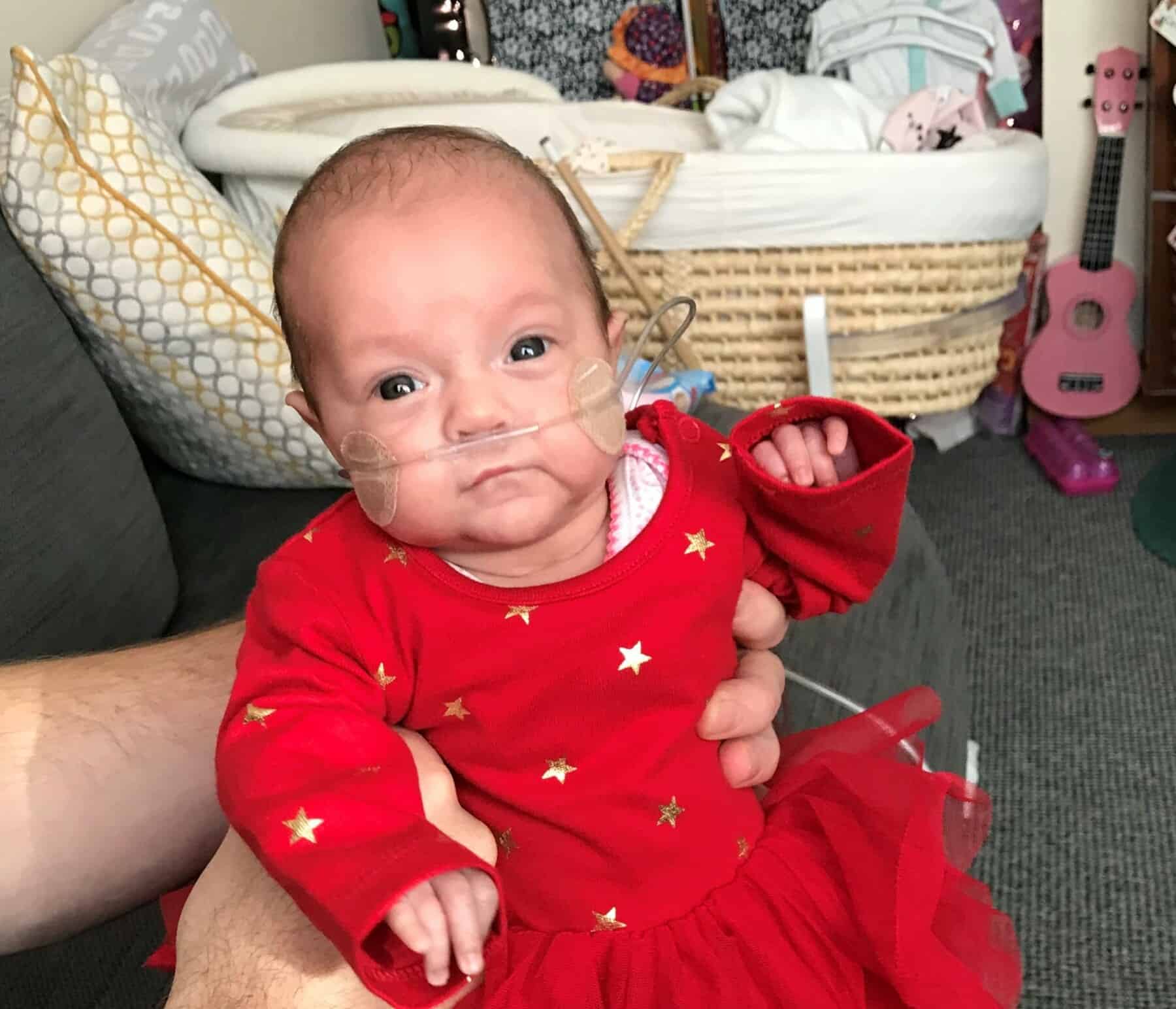 After Abi’s complicated pregnancy, she and her partner Joe had to face delivering their baby girl 15 weeks early.

“From the start, the pregnancy wasn’t easy. My partner Abi had a low-lying placenta which we were told would change position but at 23 weeks, Abi suffered significant bleeding in the middle of the night. We feared the worst.

After rushing to St Michael’s Hospital immediately we were told Abi and baby were doing fine – it seemed incomprehensible. For the next two weeks, Abi haemorrhaged regularly until finally the abdominal pain and bleeding became too much.

So, when the decision was made to deliver Florence at 25 weeks, we knew it was the right time. Abi was administered steroids to help mature our baby’s lungs and magnesium to reduce the risk of cerebral palsy. Obviously, that doesn’t stop you being absolutely terrified at the thought of your baby arriving so early, but we knew we had no other option.

When I first laid eyes on Florence, I couldn’t believe it. She weighed just 1lb 10oz. We were told she had a hole in her heart and chronic lung disease. It was a shock, but together, we knew we could face whatever came.

Being in the Neonatal Intensive Care Unit was overwhelming at first, but the team quickly made us feel at ease, informed, and as positive as can be. Our guiding light was Florence’s older sister, Megan. She kept our spirits lifted, and our hearts filled with happiness after seeing how in love with her sister she was.

The days turned into weeks and then into months, but slowly Florence got there. When a doctor said Florence could be home in time for Christmas, this became our goal.

After 101 days of care and a lot of ups and downs, we finally got the news we had been waiting for. She still needed oxygen, but knowing that our whole family would be together at Christmas was the best feeling ever. Once we were given the all-clear to remove Florence’s breathing equipment, we danced around the house, free from any tubes and wires.

Florence has just celebrated her second birthday and is flourishing! She is hitting all her milestones and is a living, breathing example of how premature babies can beat all the odds. We will always be indebted to the team at St Michael’s Hospital and forever inspired by our miracle baby, Florence.”