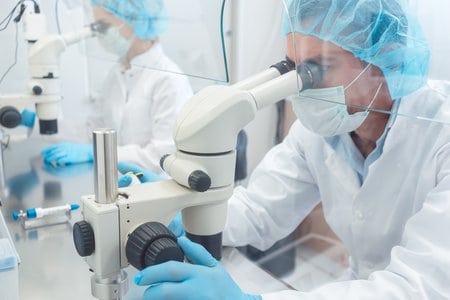 Giles Haythornthwaite has been a Consultant in Paediatric Emergency medicine at Bristol Children’s Hospital for the last 10 years and is chair of the Medical Advisory Board.

Giles was the first Paediatric consultant to finish official training in Paediatric Emergency medicine in the UK. His first five years as a Consultant were as clinical lead for the children’s Emergency Department during which he oversaw a huge amount of change and development. Since then he has been the clinical lead of the Major Trauma service helping to establish Bristol Children’s Hospital as the regional trauma centre for children in the South West and continues to ensure it provides a high standard of care. One of his first achievements as a consultant was to put an 8-foot bright orange Wallace and Gromit rocket in the Children’s Emergency Department waiting room and to undertake a skydive for the Grand Appeal!

“The ambition and innovation that the charity has shown over the years is truly an inspiration and I can think of a no better partner to support us.” – Giles Haythornthwaite.

Anoo works closely with The Grand Appeal and Cots for Tots to ensure that the needs of our parents and their vulnerable babies are met to the best of our abilities. He has met key individuals who have generously supported the unit and charity to talk about our mission.

Anoo was appointed to the role of Consultant in Neonatal Medicine in 2003 and as Clinical Director in 2015. Outside work he enjoys open water swimming, cycling, Tae Kwon Do and Tai Chi and completed a skydive for Cots for Tots in 2016!

James was appointed as a Consultant in the Paediatric Intensive Care Unit at the Bristol Royal Hospital for Children in 1999.

James Fraser has been a Consultant in Paediatric Intensive Care for nearly 20 years. He was appointed to the staff at the Bristol Royal Hospital for Children in 1999 and was involved in moving and developing the PICU in the new hospital when it opened in 2002. He has been Clinical Director for several years. He is a strong advocate for the Children’s Hospital, its staff, and of course the children who pass through its wards. James’ professional interests are around palliative care and child death. James’ greatest achievement has been swimming the English Channel…to raise money for The Grand Appeal!

Michael Carter came to Bristol as a Consultant in Paediatric Neurosurgery in 2004, having completed specialist training at the Hospital for Sick Children in Toronto.

The 14 years since have seen unprecedented change in the speciality, both nationally and locally with the department enlarging, moving from Frenchay and developing onto a major force in world paediatric neurosurgery.

Michael has been involved in developing many aspects of the paediatric neurosurgery service including craniofacial surgery and deep brain stimulation for epilepsy and movement disorders. Most of his time now is spent leading the nationally designated South West paediatric epilepsy service based at Bristol Children’s Hospital.

He is involved in collaborative projects supporting the development of paediatric neurosurgery in the Caribbean and Africa; and has been heavily involved in supporting The Grand Appeal over the years, in recognition of the tremendous support the charity has provided in establishing a world-class neurosurgical facility at the Children’s Hospital.